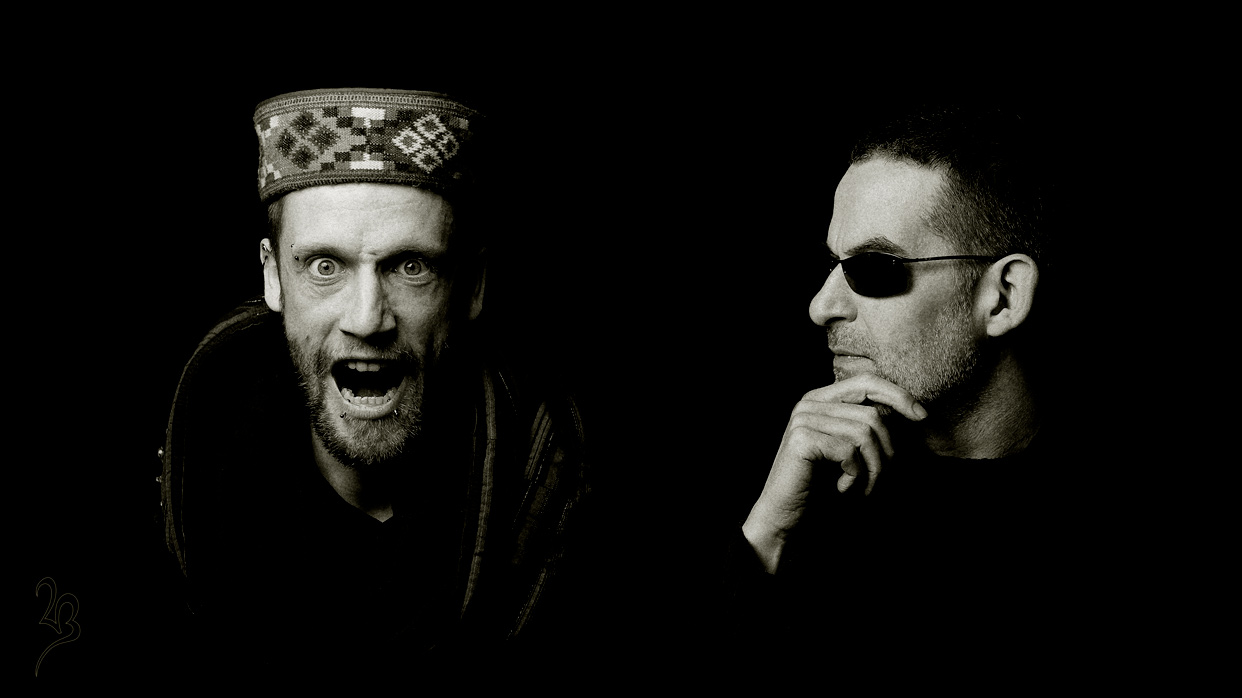 In the beginning was the dream. A dream made by Utelo, discovering the hit "Lost in Metropolis" on the back seat of a car after a wild night: the young singer, as fond of medieval culture as of electronic music, is taken away by the vocoder voice and heavy rhythm of Oil 10 (aka Gilles Rossire) mythic hymn that was played on stages from London to Wroclaw, seducing the demanding audience of dark electro galaxy. A first contact happens a bit unexpectedly many years later in the context of a steampunk objects trade, as the two artists appreciate this genre where futurism and retro technology melt tightly. Meanwhile Utelo has become the front-man of UB°K, a trio where Mongolian music meets medieval instruments. Gilles already noticed the particular and protean voice of Utelo thanks to social networks: a hoarse timbre and a mastery of diphonic singing he learnt on his own and enhanced with Central Asia masters. A live session will be enough to convince Rossire. Though his discography is mainly instrumental, the producer always fell for strongly typed voices, may it be pop or bel canto, and his ideal play-list is stuffed with songs. Has the time to launch the sung project he always dreamed of finally come? An idea that seduces Utelo right away. Now they have to draw the territory of a cooperation, a long-term and yet untold story.

The concordance will be found somewhere else, a place that haunts Utelo's dreams since about fifteen years. As an epic, mystical quest and everyday life description of the Mneluins, a mysterious tribe, many of his dreams tell the story of a particular universe. An ancestral world in deep communion with nature and completely unknown to him before he weaved a canvas of visions during his sleep, may they be gigantic or intimate. When the rough sounds of a language with its own syntax come to him without any known origin, Utelo understands that he became, even without asking for it, the messenger of a people and a culture he has everything to discover about. As for the reasons of this transmission, they are not the least of mysteries. With Bakibal, Utelo finally found a medium to share the traces of this obsessing world. Now is the time for the two men to share their specificities, and this happens more as brainstorming than jam sessions. As the project initiator, Rossire wants to draw from his own influences but he knows he will have to get away from habits folded by about three decades as solo composer and producer. More than just a step aside, he feels very quickly the necessity to explore an unknown territory. And now he will not be alone: the voice and universe of Utelo introduce the adventure of a new sound. How can he give life to the singer/writer visions without falling into the virtual soundtrack temptation? In order to keep his own creative process intact and free, Rossire proposes to remain ignorant of the text details. A bet that will lead them to unexpected places.

Cut out differences to bring together two worlds that would originally fight each other, this is the challenge the two creators decide to accept. Rossire's composition and production reveals itself following his different experiments, just like the Mneluin emergence lived by Utelo. Dozens of tracks rise, may they be crazy structures or simple loops, to disappear the next moment and get back to life here or there in a new shape. As months go by, elegant as epic tracks built by Rossire are given Utelo's vocals. Sometimes the synth wizard finds inspiration listening to the singer's vocal work and elaborates musical arrangement and harmonies based on it, or samples Utelo drums sessions. Sometimes the singer needs to be driven, as his education and influences gave him an inclination toward improvisation. On his side, Rossire must learn to integrate instant magic into his universe made of machines. Quite soon, a long and patient collaboration that sees hybrid composition as an evidence rises: clarinet, flute, strings arrangement, jew's-harp and a whole set of percussions find room into the electro chorus. Rossire's demanding harmonies and rich production are now talking with Utelo's dreamlike freedom. Better seen as a mosaic than a linear creation, Bakibal world blossoms in our reality at last, on the cutting sound of syllables that seem eager to rip out he supernatural veil that still surround them as a protection until a larger audience is able to hear it. Here, rare instruments give songs an organic pigmented texture. There, Bakibal superimpose sailor songs and epic take-off, dance floor rhythms and intimacy moments. And still, the prominent voice of Utelo melting rough strength and emotional charge delicately contained. Put together, this heady singing and eclectic atmosphere cut out any reducing comparison with Bakibal duo and give it a definitive peculiarity no one can contest. 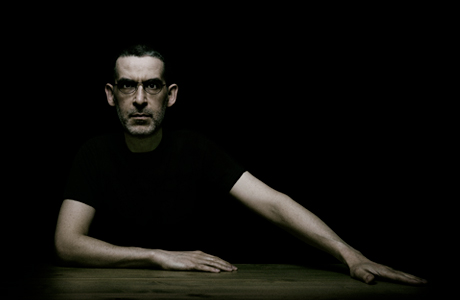 One-man band, self-taught and synth wizard, Gilles Rossire aka Oil10 is creating since two decades a particular discography where synthetizer reigns as king over a world of timeless tones. The long indus or ambient tracks with a touch of dancefloor that made him famous are nevertheless only a part of his musical route and education. Strong voices as unstoppable arias have always been his inclination. It is no coincidence that vocoder and synthetic vocals appeared in Oil10 as early as on the second album, and that he associates today with the singer Utelo to create Bakibal project.
As picture is his other passion, he has been composing original soundtracks as soon as he could. It was less a rivalry than a complementary expression of himself though: Rossire created visuals for all his albums and most of his videoclips. In fact, movie world has been his for long: he worked in special effects and modeled fantasy creatures, first echo of an intimate universe through which magic and darkness run and that we can explore today thanks to Bakibal. In 2018 he created his first animated film for the video "O Giblan Abakibal". 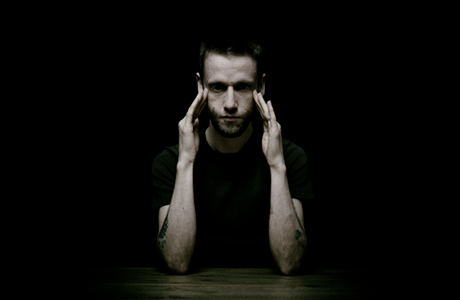 Utelo started to sing in 2008 thanks to a medieval music masterclass organized by the Association Rotruenge. It offered him a glimpse of the repertoire’s richness and he chose to learn more an more about it, following classes at the Center of Medieval Music of Paris and at the Community Art Center of Ris-Orangis. He went to masterclass too, with K. Hoefener, F. Orozco, R. Zosso , H. Decarpignies and singed in ensembles such as Quarte & Graal. In 2010 he started to study khoomei (throat-singing), traditional singing art coming from Center of Asia. He worked on his own for two years, exploring tuvan and mongolian technics while experimenting as much as he could. Then he initiated the UB°K project with Bujee (Morin-khuur) and Khristowf (Organetto) where he sings and plays as percussionist. Since then he studied in masterclass with renown masters (Tserendavaa, Odsuru, Hosoo, Tran Quang Hai, Nikolay Oorzhak).
Gilles Rossire (aka Oil10) proposed Utelo to work on a common project after seeing him on stage with UB°K. There started Bakibal. The occasion for him to embody concepts that haunt him though singing of course, but also writing, artefacts crafting and tattoo.